Soon, a ‘smart’ pill in the gut to know the body

BENGALURU — A team of researchers at the Indian Institute of Science (IISc) have developed a new diagnostic pill made of sugar and other materials which can be ingested to relay clinically important information about the gastrointestinal tract to medical staff, offering a glimpse of the future of internal imaging diagnostics. After the pill does its job, the body safely digests it.

The futuristic innovation was exciting enough to arouse the curiosity of University of Cambridge, which is funding the innovation through an Engineering to Clinical Practice award. An eminence grant was also given by the IISc. 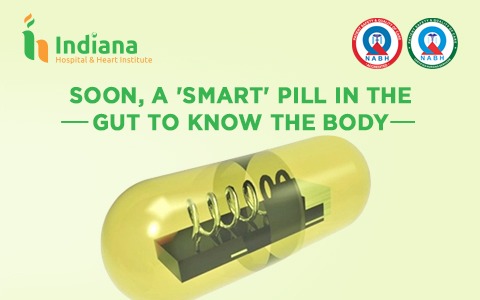 Dr Sanjiv Sambandan, Associate Professor at the Department of Instrumentation and Applied Physics, IISc, explained that the pill is largely constructed out of Isomalt, a naturally sourced sweetener derived from sugar beet.

“The pill has four primary components: a battery, sensors, signal modulation and communication,” said Sambandan, who is among the scientists behind the pill.

“Our primary material is isomalt that is metallised with thin films to construct circuit elements such as inductors and capacitors. The metal films are thinner than the foil sheets used to decorate Indian sweets. Batteries are based on a modified galvanic cell.”

Sambandan said “the pill is as safe as a few fortified cereals”. “The metals and other elements are well below the toxicity limit (daily intake) for a 10 kg child,” he added.

“There are two extremes,” said Sambandan. On the one hand, said Sambandan, are “medically supervised invasive tests that are reliable but take up valuable time and energy of a medical professional”.

On the other are wearable devices, which he argued, “are easy to use and safe and do not need medical supervision”. “However, they are not always reliable and timely,” he added.

The research team said that the pill represents a merging of the two tools. “The diagnosed information is sent to a central database. Any problem needing medical supervision for an individual or community can be identified and attended to,” Sambandan explained.

Dr Taslimarif Saiyed, Director of the Centre for Cellular and Molecular Platforms (C-Camp), which has independently assessed the innovation, expressed optimism that “the technology will change the way internal imaging diagnostics happens in India and beyond”.