Treating drug-resistant tuberculosis — multidrug-resistant TB (MDR-TB) and extensively drug-resistant TB (XDR-TB) — got a shot in the arm on August 14 when the U.S. Food & Drug Administration (FDA) approved a new drug Pretomanid. Pretomanid is only the third new anti-TB drug approved for use by FDA in more than 40 years.
The drug was developed and tested in clinical trials by New York-based non-profit organisation TB Alliance. TB Alliance has granted a licence to Pennsylvania-based Mylan to manufacture and commercialise the drug. 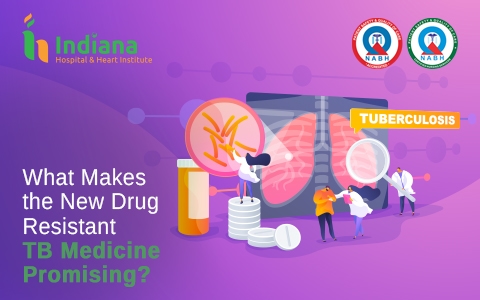 What makes the new drug so promising?

The duration of treatment for drug-resistant TB can be drastically cut from 18-24 months to just six-nine months when pretomanid drug is used along with two already approved drugs — bedaquiline and linezolid. The all-oral, three-drug regimen can also vastly improve the treatment success rate and potentially decrease the number of deaths due to better adherence to treatment.

According to the WHO, the treatment success in MDR-TB patients is about 54%, while it is just 30% in the case of XDR-TB patients. Most drugs are ineffective in people with XDR-TB and so a combination of eight drugs for more than a year is need for XDR-TB treatment.
Treatment success in XDR-TB patients depends on many other factors — the extent of the drug resistance, the severity of the disease, whether the patient’s immune system is weakened, and adherence to treatment.
Drugs used for treating MDR-TB and XDR-TB can cause serious adverse effects such as deafness. The drugs are highly toxic thus reducing adherence to treatment.

How widespread is MDR-TB and XDR-TB?

Which category of drug-resistant TB patients will benefit from this new drug?

Pretomanid drug along with bedaquiline and linezolid is meant for treating adults with XDR-TB. In the case of MDR-TB, the three-drug regimen containing pretomanid can be used only in those patients who cannot tolerate the MDR-TB treatment or do not respond to standard MDR-TB treatment regimen.The three-drug regimen is meant only for treating pulmonary TB and should not be used for treating extra-pulmonary TB, drug-sensitive or latent TB.

How effective is the drug in treating XDR-TB and MDR-TB?

The three-drug regimen consisting of bedaquiline, pretomanid and linezolid — collectively referred to as the BPaL regimen — was studied in the pivotal Nix-TB trial across three sites in South Africa. The trial enrolled 109 people with XDR-TB as well as treatment-intolerant or non-responsive MDR-TB.

How safe is the drug for clinical use?

Besides the Nix-TB trial, the safety and efficacy of the drug has been evaluated either alone or as part of the combination therapy in 19 clinical trials conducted in 14 countries involving 1,168 patients.
The FDA has approved the drug based on limited clinical safety and efficacy data, and so should the drug should be restricted to specific population of patients. Safety and effectiveness of the drug has been studied and established only when used in combination with bedaquiline and linezolid. Other than these two drugs, the safety of pretomanid has not been studied when used along with any other anti-TB drug.

The three-drug combination should not be used in patients for whom bedaquiline and/or linezolid drug is not receommended (contraindicated).