Timely Detection and Prevention for HIV

The prevention for HIV unlike other medical conditions is one of those life threatening situations caused mainly due to immune deficiency. It is certainly caused due to the body’s inability to fight the immune deficiency or a disease. These diseases that are caused by the unsafe sexual practices are commonly known as STD (Sexually Transmitted Diseases). Again, the chances for HIV are mainly seen during the stages of pregnancy, childbirth or medication. However, the medical science till date has found no permanent medications for this condition till date.

Progress of the disease before hindrance of HIV

The following are some of the things to know before beginning to think of the stage of treatment to take. Some of them are: This is the much acute or mild stage of HIV that can be easily taken care of with proper medical attention. The main symptoms that are visible in this stage are sore throat, fever, chills, swelling in limbs and ulcer. However, if these symptoms are seen persistent for weeks, then it is recommended for patient to take prevention for HIV immediately. Accordingly, the status of the ailment is made clear to the patient whether positive or negative.

This is one of those stages where clinical latency is detected easily through clinical tests and body samples. This is hence one of those crucial stages where proper medication is needed to prevent any further complications. At this stage, there are also more chances and probabilities of transmission of the condition from one person to another. Hence, it is recommended that along with getting the blood tests done, the health levels should also be checked. Since the condition is spread to the other parts of body, there are more chances of health deterioration.

This is the last stage where it is too late to think of prevention for HIV as the patient tends to lose his immunity. Consequently, he is also seen sensing drastic weight loss and fatigue all the time, throughout the day. There can also be visible sores throughout the body when there are swellings seen and a sense of pain to the patient. Similarly, there can be colour changes in the body and occasional neurological disorders. Towards the end, it might spread to causing other opportunistic. 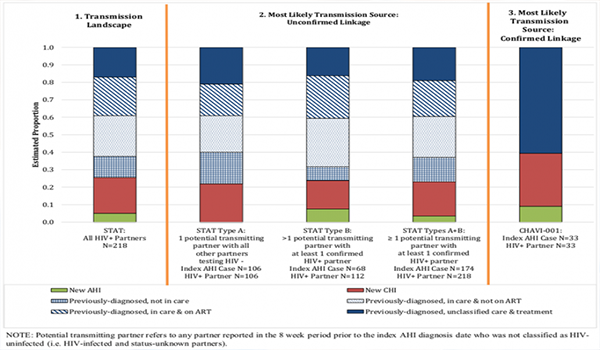 Diagnosis for evasion of HIV

Before getting on to the prevention of HIV, there is to be a proper set of diagnosis which can confirm the patient’s condition and treatments to take:

This screening test reveals the patient’s health condition by measuring the accurate amount of a particular kind of protein in their body. Usually, this test requires samples of urine and blood for a proper confirmation. Sometimes, on strict recommendation, even the samples of saliva are tested by the medical team. Here, there can be three probabilities of the results which are positive, negative and false negative or not fully negative. Out of the three then, false negative is the condition to take care of in the prevention for HIV.

This is the succeeding medical procedure after the antibody screening test where the results are fully positive. However, it is said that since the quazy confirmation of the condition has been made in the primary tests, the succeeding ones should be positive as well. In addition to this, there can also be a p24 detected in the patient’s body. Following the same, there can be infection in the genital areas of the patient for a period of 2-4 weeks. The results of this test can be collected after 30 minutes.

RNA/ HIV tests are the key tests that show the need for prevention for HIV. This step then involves the collection of genetic information to know the history of HIV in family of the patient. It is a comparatively simpler way of diagnosis that is detected in medical procedures. Normally the HIV tests show positivity with evidence. If there is no evidence, then the situation is normally called HIV negative. This test is hence mostly detected with 99 per cent accuracy and is normally recommended for unpredictable stages.

Adapted ways to get rid of HIV

There are several different ways to get rid of HIV or the ways to stay safe from being infected. The following are some of those ways:

The risks of getting affected by HIV are highly unpredictable and are to be taken care in aspects of Prevention for HIV. Here, the patients are to consult a doctor immediately and start with the necessary treatments in no time. However, the collection of the requisite samples all alone can be difficult. Therefore, the patient can ask for assistance or external help. The avoidance of tests at such conditions can cause problems in future. Medical practitioners say that 1/3rd deaths happen due to not taking the proper tests on time and have a day in DX.

These kinds of drugs are a preventive measure that reduces risks of further complications to take the necessary prevention for HIV. These drugs are prescribed by the medical practitioners in heterosexual couples or to the ones who use other drugs. It is in fact the best choice as per the preventive measures in the beginning of the condition. Moreover, it is one of the most beneficial medication suggested for HIV negative women who are pregnant and breast feeding.