A new research has found that people with a severe mental illness are more likely to die following a heart attack than those without a psychiatric diagnosis. The study was funded by the Scottish Government’s Chief Scientist Office and was published in the journal BMC Medicine. As per the study, the risk of death 30 days after a heart attack for people with schizophrenia was doubled when compared with those without the condition. There was no evidence of any improvement across the 24 year period up to 2014 examined in the study. 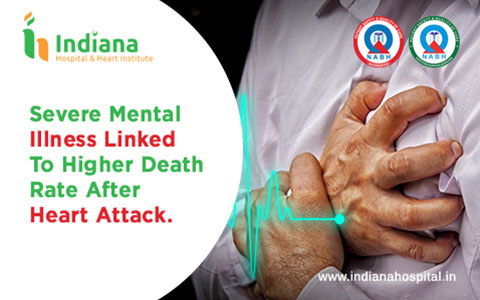 Researchers said that the findings highlight the chronic health inequalities faced by people with serious mental illness and are calling for disparities to be urgently addressed. Experts at the University of Edinburgh examined anonymous hospital data for more than 235,000 people admitted for heart attack in Scotland from 1991 to 2014. They compared the risks of death and further heart attack and stroke among heart attack patients with schizophrenia, major depression, or bipolar disorder to patients without a history of mental illness. The research team found that people with one of these three conditions were more likely to die within 30 days, one year, and five years – and to have another heart attack or stroke – compared with those without mental ill-health. After 30 days, patients with schizophrenia were twice as likely to have died, and patients with bipolar disorder or major depression had a 30-50 per cent increased risk of death. People with severe mental illness were also less likely to receive revascularisation – an operation to restore blood flow – which researchers said may indicate differences in care.