The child was diagnosed with high-grade osteosarcoma (bone cancer) that had affected his entire arm bone causing persistent pain, rapidly growing swelling and loss of function of the arm, giving him sleepless nights.After initially subjecting him to chemotherapy for 10 weeks, Dr Navneet Kamath, Orthopedic oncologist at Indiana decided to go for the surgery.The patient’s entire arm bone and shoulder were detached and the tumour cells were removed using liquid oxygen (cryotherapy), and then the bone was re-implanted back onto the body.In most cases, the limb would have had to be amputated as re-implanting would have been a near-impossible task. But Dr Navneet Kamath and the team at Indiana Hospital took it as a challenge.The successful operation lasted 10 hours. 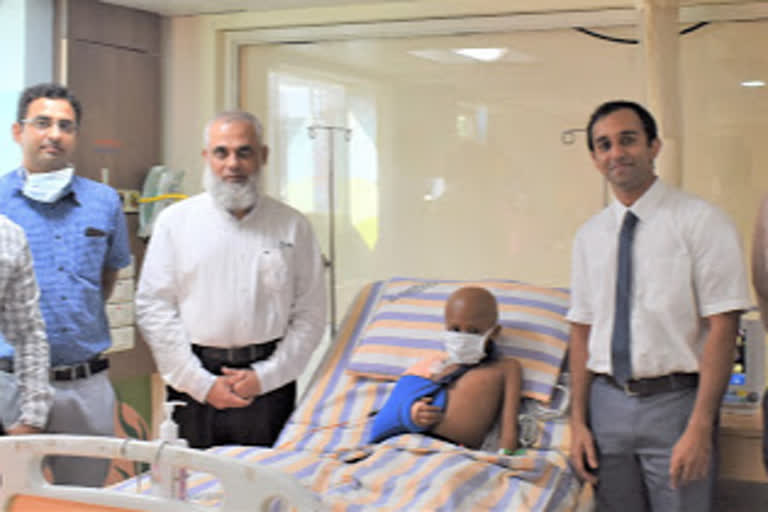