Jawaharlal Nehru once said: “The future belongs to science and those who make friends with science”. Every day, research is producing new knowledge and enabling us to understand this world and the creatures in it better. It is also allowing us to understand how our body functions so efficiently. 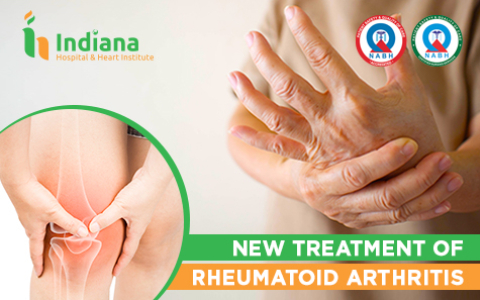 Here I would like to make you aware about one of the oldest known diseases, Rheumatoid Arthritis (RA), and the kind of amazing work being carried out by doctors around the world at this very moment to make the lives of patients suffering from this dreaded disease as normal as possible.

RA is the most common form of inflammatory arthritis that affects both large and small joints — hands more than legs, females more than males. This can manifest itself at any age, but occurs most commonly between 20 and 50 years of age. It can also affect other organs of the body such as the eyes, lungs, heart, kidneys as well as other vital organs if not treated on time.

Early diagnosis and treatment can slow the disease process, and give patients a healthy and active life.

More than 2300 years ago, the father of modern medicine, Hippocrates, was quoted as saying, “It is incredible how fast the mischief spreads.” In saying so, Hippocrates was referring to a condition that was arthritic in nature, with its onset occurring in the mid-30s, affecting the hands and the feet first, followed by the elbows and the knees. Many people now believe that the disease Hippocrates was referring to was RA.

RA has also been talked about in ancient Ayurvedic, Roman and Egyptian scriptures.

The disease process basically is mediated by T cells, B cells, and the cytokines and chemokines released by these cells. In RA, cells of our immune system attack the healthy joints and other organs leading to pain, swelling, inflammation of the joints as well as inflammation of various organs affected by this disease.

In the past, doctors did not have many options in treating RA, and those afflicted used to lead a miserable life, leading to a slow and painful death. People were being treated with heavy metals like gold, which in turn adversely affected their vital organs on account of the severe side effects. Today, however, science and ongoing research have helped change the life of RA patients for the better.

We now have medications which help us control the immune system well enough to help RA patients lead a healthy life.

Molecules called Biologicals that scientists have developed act at the cellular and cytokine levels and help stop the disease process almost completely. These molecules act at various levels in our immune system — like Rituximab which acts on CD20 cells, Tocilizumab which works on IL6, which is a pro-inflammatory cytokine; various TNF alpha inhibitors, both murine, and now the latest ones, fully human, which reduce the risks of side effects. These days we also have small molecules such as JAK inhibitors like baricitinib, and many more.

These medications have changed the complete outlook of doctors as well as patients towards Rheumatologic diseases. There are many more drugs in the pipeline.

Louis Pasteur once said, “Science knows no country, because knowledge belongs to humanity and is the torch which illuminates the world.” These new molecules and medicines have brought a new ray of light and hope to many patients who have been suffering for long. Come help us to help you fight this disease, because together we can.