Breast cancer is the most common cancer and has ranked as number one cancer among Indian women. It is most common in elderly women and needs prompt medical attention. Certain huge risk cases that need regular screening for breast cancer are: 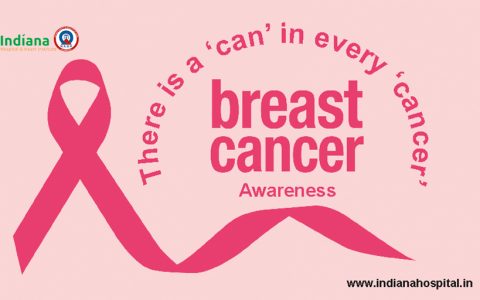 The first thing that a woman feels is a lump on her breast. Nipple discharge and pain comes later

Other benign conditions associated with breast which are commonly seen as

They are the most common benign tumors of the breast. It usually occurs in young women (age 25 to 30 years) and may occur in teenagers. They rarely occur after menopause. It can also appear as single masses or multiple lesions. Most lesions are 2-3 cm in size and are detected incidentally while showering. They are usually mobile and cause dimpling of skin or nipple retraction.

It is the most common lesion of the breast, in which multiple cysts arise from the breast lobules and are an aberration of normal breast development. It presents as an asymptomatic mass that is smooth, mobile and compressible, associated with pain and sometimes nipple discharge. Cyclic breast pain is most commonly associated with symptoms of fibrocystic changes.

Fibrocystic change is not associated with the increase of breast cancer. Treatment is by simple analgesia or Evening primrose oil.

Fat necrosis is rare but clinically important because it produces a warm, often accompanied by skin or nipple retraction, which is indistinguishable for consciousness. It usually occurs due to trauma. It usually disappears by itself.

I hope that this article has made you aware of breast cancer and has provided you with sufficient information. Indiana Hospital is one of the premium centers of cardiology, neonatology and many other specified areas of medicine.